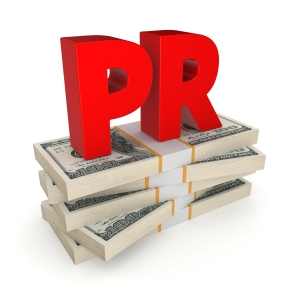 The Breaking Bad sequel Better Call Saul illustrated the challenge of PR in its most recent episode airing this past Monday, February 23, 2015. [Here’s your spoiler alert warning. Don’t tell me later I didn’t warn you.] Just like The Walking Dead, these AMC TV series thoroughly explore the juxtaposition of right/wrong and human desires/needs. PR does the same thing, because those are the core elements of good storytelling. (I can hear my teachers at The Goodman School of Drama now.) For those who are confused what PR actually is, just watch Better Call Saul. Let me explain.

Better Call Saul is about a shady lawyer and how he ‘breaks bad’ just like Walter ‘breaks bad’ as a chemistry teacher turned drug lord in the series by the same name. In the most recent episode, the character Saul calls the media in his town with a typical David and Goliath story about his small law firm up against the big law firm. He gets no traction. Why? The story he’s pitching is all about him. There is no overarching community story. So what does Saul do? He fakes saving a falling billboard worker from the heights of death. It’s a scam, but the media fall for it citing him front page as a lawyer by day and “hero” by night. Saul appears on TV, in print and more. His phone starts to ring with business.

While unethical, Saul ‘earns’ PR. So, how can you do it ethically?

Easy. Tell a story worth telling.

See, there are three types of marketing today: owned (that’s your website, social media accounts and so on — you control the story), paid (that’s advertising where you exchange money for a message sent to the public — you control the story) and finally … earned (that’s you or someone you hire telling your story to the media and offering you as a source to discuss the news tip and guess what, you DO NOT control the story here — the media venue does). Many people don’t understand these subtle differences. Saul’s story brilliantly illustrates it. Wag the Dog is a movie, by the way, which is a must see if you want to truly understand how we Americans consume PR stories. If it turns your stomach, don’t worry, there are ethical people, like me, working in PR. I promise there are some of us working to share good, truthful stories on a daily basis. Contributing to the ‘good of all’ is really what gets me out of bed. We are the stories we share, I believe.

Another story captivating media attention today is Madonna’s fall from the stage yesterday as reported here by Fox. Now Madonna is brilliant at PR. She has always understood how to tell a brilliant story. In this case, her accident (ouch!) makes headline news not because she planned that (probably not) but because it’s a story worth telling. If you’ve got experience with award events, dance or any type of entertainment insider information, the media will be seeking you today to talk about what went wrong with that cape on her costume. They will be telling this story because, let’s face it, Madonna is impeccable on stage as a performer. So entertainment venues of all kinds will continue to have a hey-day with this accident. Also, calling all doctors! You can ‘earn’ yourself great media coverage today talking about the types of accidents that can stem from such a stunt, shoot, I mean accident. If you look at the footage, Madonna gets pulled from several stairs, making it surprising she didn’t hurt herself more. Accidents aside, just look at Madonna’s career for other impressive PR stunts. Scrutinized and criticized, one things for sure. Madonna knows how to hold the media’s attention because she knows how to tell a good story. Not bad pipes either. I still include her pop songs when I teach Spinning at the gym to beat blogger butt.

Speaking of holding the media’s attention, The Daily Share just had a really interesting segment on about Modern Family’s tech episode. (If you’re a tech expert, take note on this news hook!) One co-host said he was shocked that Apple didn’t pay for that, which appeared to be advertising on the popular TV show. In fact, he said it was actually ‘un-American.’ It shows we’ve come to expect that when brand names are mentioned in editorial coverage, whether on the news or in a TV series, that they are paying a premium for that advertising. What’s more, is that in today’s fast-paced technical media environment, if you have a good story to tell, people will tell it. Even if you don’t pay them. You can just say, you earned it.