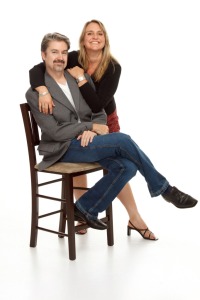 Drew Gerber and Michelle Tennant Nicholson (me) recently had new photos taken. Write & let us know if you like the photo in this post. I asked people on my Facebook account and 50+ people loved it while two had reservations because the photo shows us too close. “Perhaps people will think you’re married,” said one. Sometimes I feel more married to my business partner, Drew, than my husband, Shannon. So, I’ve chosen to keep the shot. Right? In the end, you gotta call your own shots. {{snicker}} Also, it’s the end-of-the-year and I wanted to be sure to wish everyone a Happy Holiday. As it turns out, it’s also the end-of-time according to Mayan calendars. So, if the world were to end this month, what would you wish you had done but not completed yet? Write it down. Just in case we do get to 2013, a great thing to plan is pitching magazines three to six months in advance. Perhaps you always wanted to be featured in a glossy national magazine but haven’t yet. Well, don’t delay. Magazines are already working on spring 2013. What fabulous story idea do you have for them? Simply contact your favorite magazine through their website and give them the idea. They actually want to hear from their loyal readers and fans. That’s how they’re currently getting their story ideas. So, share yours! For me, I’m planning my annual New Year’s theme for 2013: freedom. In 2012, my theme: unstoppable. Was I unstoppable? Well, after ten years on the back-burner, I completed my masters degree in human development (got the paper and now I’m free), did a Vision Quest with my spiritual community, ran/paddled/biked a 4 hour triathlon (one that actually scared me to finish) and landed prize placements with Anderson Cooper, GQ Magazine, the Wall Street Journal, More Magazine, and endless spots with ABC, CBS, FOX and NBC. I will need to take on something new for 2013 and to usher in “freedom” I’ve started a macrobiotic diet, meditating daily and plan to get my yoga certification (just for fun). Plus, there’s a trip to Budapest in-the-works. Freedom includes living anywhere in the world and working. So, that’s what’s cooking over here … even though the end-of-the-world may be upon us. What are you doing to make the most of your day, month and year? Today, this month and every year? I hope it includes letting the media you love know what you’re up to. I know I love hearing from you. Happy days-to-come to one and all.